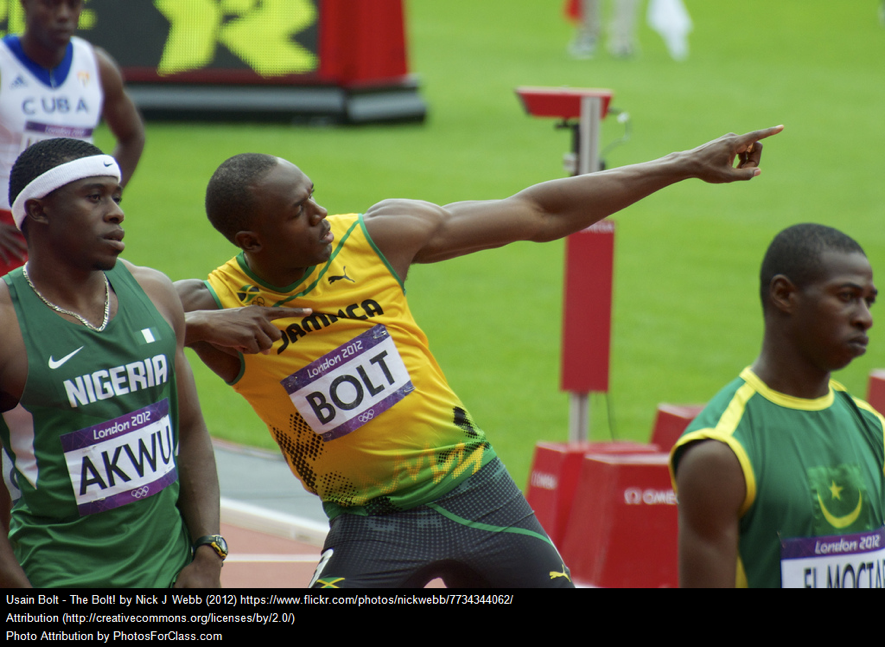 Crowned as the fastest man on earth, Usain Bolt is a star runner who has become an international sensation. Fans cheered upon his appearance and screamed his name at the 2016 Olympics. His signature “To Di World” pose became such an iconic move that even Obama had imitated it once.

The world famous Jamaican sprinter has a top recorded speed of 27.89 miles per hour. He broke the fastest timed record during the World Championships in Berlin in 2009, at the age of 22.

So how does Usain Bolt run so fast?

He’s noticeably taller than other Olympic runners. We’d generally assume that a 6’5 man weighing 200 pounds is less likely to outrun someone of a smaller frame. However, height might not affect a sprinter’s speed at all, according to Telegraph. Rather, the ability to generate high muscle forces in each ground contact is a key factor to being an elite sprinter. In other words, Bolt’s explosive ability to jump gives him the power to sprint so quickly.

Aluminum helps to activate the ‘sprinter gene’ (ACTN3) that contributes to fast-twitching muscle fibers, which affect one’s ability to generate the explosive force for running. Jamaica’s soil is rich in aluminum – perhaps Bolt’s birthplace has given him an advantage in being a sprinter.

While Bolt may have some innate advantages, he also maintains a rigorous fitness routine. Bolt struggles to get to the gym each morning like many of us. However, he does a 90-minute intensive workout daily, focusing on hamstring curls and leg extensions. What’s his motivation for working out? Bolt answered honestly, “I don’t want to come in second.”

Very few athletes are blessed with the genetics of a sprinter. Nevertheless, Bolt thinks it’s all possible to train your body shape if you remain consistent. After all, even the most talented runner in the world requires routine training and constant effort. Run for the goal!

One Reply to “How Does Usain Bolt Run So Fast?”